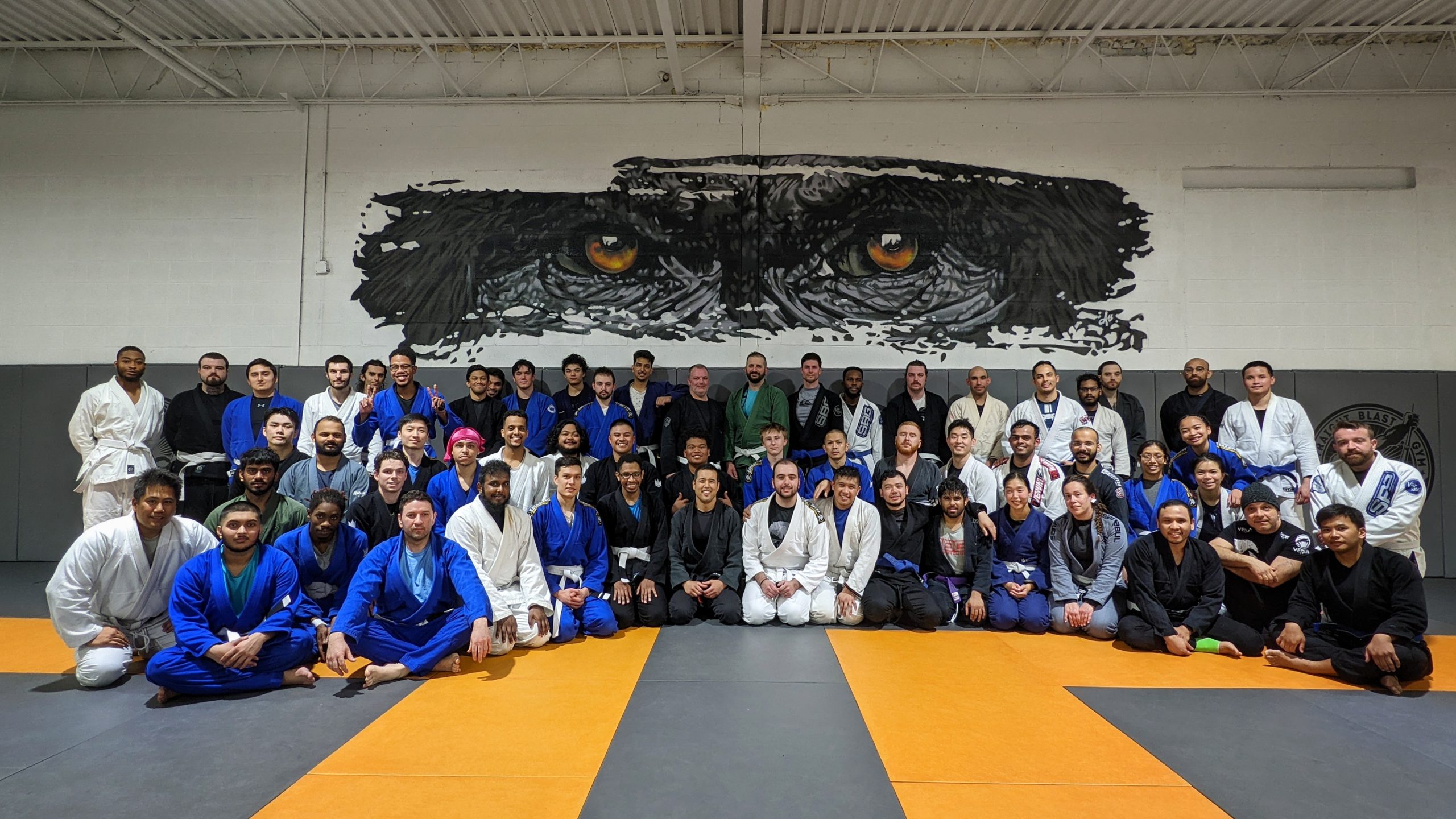 Straight Blast Gym Scarborough offers classes in the art and sport of Brazilian Jiu-Jitsu (BJJ) to men, women and teens of all levels.  Here you will learn functional Self-Defense, Get in shape, have fun and be part of a positive community committed to helping people reach their goals and to overcome limitations.  We focus heavily on proper fundamentals of Jiu-Jitsu in order to build a strong foundation to build our students to their highest potential.

What is Brazilian Jiu-Jitsu?

Brazilian Jiu-Jitsu (BJJ) is a martial art, combat sport, and a self defense system that focuses on grappling and especially ground fighting. Brazilian jiu-jitsu was formed from Kodokan Judo ground fighting (newaza) fundamentals that were taught to Carlos Gracie and Luiz França by Mitsuyo Maeda and Soshihiro Satake. Carlos Gracie is known as the Founder and Creator of Modern Jiu Jitsu (Gracie Jiu Jitsu/Brazilian Jiu Jitsu). Brazilian jiu-jitsu eventually came to be its own art through the experimentations, practices, and adaptation from the Judo knowledge of Carlos and Hélio Gracie, who then passed their knowledge on to their extended family.

BJJ promotes the concept that a smaller, weaker person can successfully defend against a bigger, stronger assailant by using proper technique, leverage, and most notably, taking the fight to the ground, and then applying joint-locks and chokeholds to defeat the other person. BJJ training can be used for sport grappling tournaments (gi and no-gi) and mixed martial arts (MMA) competition or self-defense. Sparring (commonly referred to as “rolling”) and live drilling play a major role in training, and a premium is placed on performance, especially in competition, in relation to progress and ascension through its ranking system.

Since its inception in 1882, its parent art of Judo was separated from older systems of Japanese ju-jitsu by an important difference that was passed on to Brazilian jiu-jitsu: it is not solely a martial art, it is also a sport; a method for promoting physical fitness and building character in young people; and, ultimately, a way of life.

New to Martial Arts or BJJ?

Not only is our gym very welcoming to starting students, we also offer a ‘Foundations BJJ’ classes catered to students that are new to martial arts and Brazilian Jiu-Jitsu.  This introductory curriculum goes through the fundamental posture, pressures and possibilities of each major position and allows for each individual to work at their own pace.  The aim of our Foundations program is to develop a good base level understanding of Jiu-Jitsu, its major principles and their application in street self-defense.

Contact us for a FREE private session to help you get started!

Call Us Today at

FILL OUT THE FORM BELOW AND ONE OF OUR COACHES WILL CONTACT YOU WITHIN 24HRS.

FILL OUT THE FORM BELOW AND ONE OF OUR COACHES WILL CONTACT YOU WITHIN 24HRS.